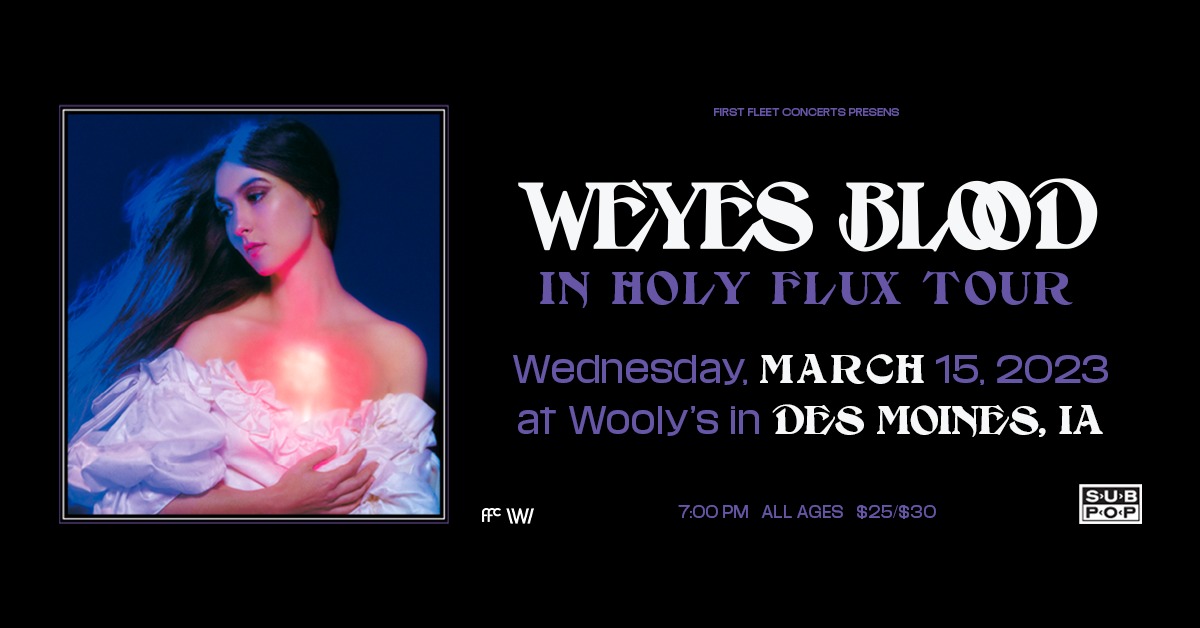 Natalie Mering, known professionally as Weyes Blood, is an American singer, songwriter, and musician. Mering was raised in a musical family and began writing songs under the moniker Wise Blood at age 15, later changing the spelling to Weyes Blood. She spent some formative years in the underground noise music scene, playing in bands Jackie-O Motherfucker and Nautical Almanac.

Mering released her debut album, The Outside Room, in 2011 on Not Not Fun Records, followed up by 2014’s The Innocents on Mexican Summer. Her breakthrough occurred in 2016 with the release of Front Row Seat to Earth. With this record, she gained recognition for her distinctive style of melodic, orchestral, and melancholic songwriting melded with apocalyptic themes.

This is further refined on 2019’s strikingly beautiful and critically-acclaimed Titanic Rising (Sub Pop). The record received high placements on year-end and decade-end lists from publications such as Pitchfork, Uproxx, Paste, Uncut, Dazed, The Guardian, and NPR. Live performance highlights include sold-out tours in the US and Europe, as well as opening for Kacey Musgraves in the fall and signing with Lana Del Rey at the Hollywood Bowl.

Mering’s voice sounds at once classic and new -- her music could exist as comfortably in the ‘70s as it does in our current age of anxiety and tension, making her a unique cultural commentator on society’s current condition.

Mering is currently working on her follow-up Weyes Blood album, due later in 2022.