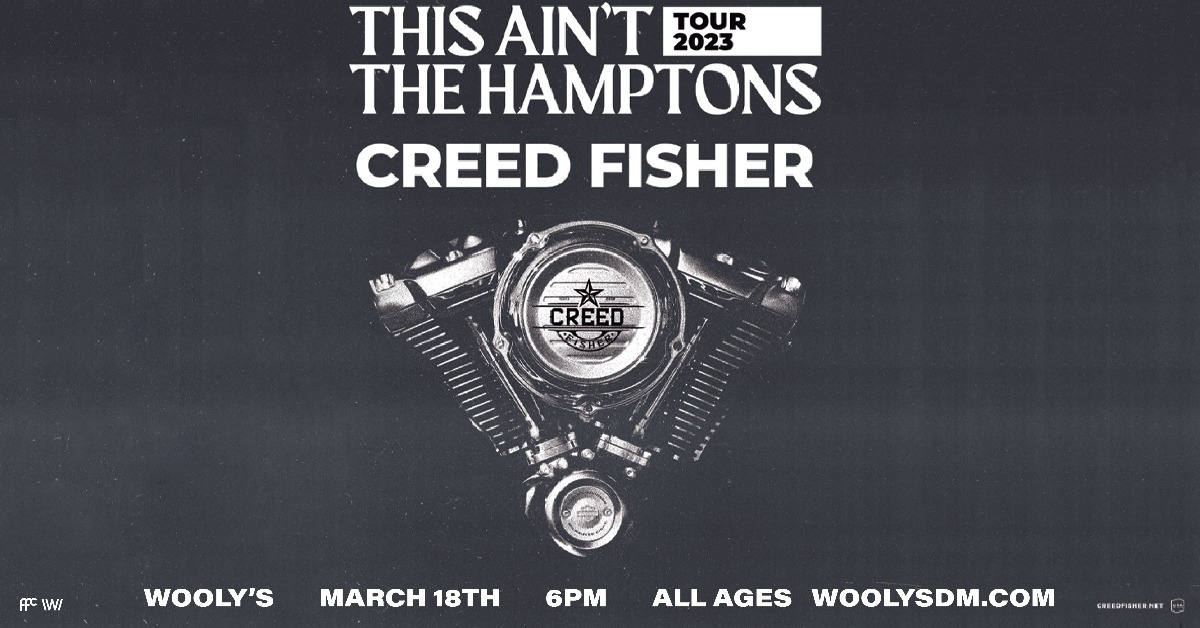 Country music's beloved antihero Creed Fisher calls out the bullshit and puts the FU in Fun on his latest musical manifesto Rebel In the South.

"It's just a badass album," he proclaims of the brand new collection. This much anticipated follow up to 2021's Whiskey and the Dogcomes out at the right moment and with its own distinguished flavor. "I've never been this excited to drop an album, to be honest."

"It definitely has a bit more rock country sprinkled in than Whiskey and the Dog, which consisted on honky tonk, twang," Fisher says of the vibe. "That stuff is on Rebel in the South, but the balance is a little different." Put another way, he explains, "Whiskey and the Dogwas more Merle Haggard-ish, and more ballad driven. I feel like Rebel in the South is more Brantley Gilbert, more country rock."

Along with celebrating blue collar sensibilities, patriotism and fun-loving simple pleasures that are staples of Fisher's music, this record also features a dose of unapologetic poking at the hornet's nest otherwise known as mainstream country music hypocrisy. Timing is everything, and Fisher declares "This was the perfect album to say what I had to say. If I'd said it three or four albums ago - they wouldn't have heard it." He's confident the music and messages on Rebel in the South will not fall on deaf ears, "They're gonna hear this."

Fisher also promises thematic diversity across the album's fourteen tracks. "It's got something for everybody." He cites songs like "Daughter of an Outlaw" and "Texas as Fuck" covering everything from odes to the ladies and anthems to southern roots. The album also gives a left hook to what he calls "fake ass shit, a mirage" of candy-coated country music flooding the airwaves. Fisher credits the whole tone of Rebel in the South originating with the song "Cuz I'm Country," which is the first single. "My buddy sent me this song he wanted me to help write, and I was like, 'Man this is about us!' Everything came together into a production that exceeded even his own highest expectations. "I've neer been this excited to drop an album," and confidently points to a particular song that will be a shooting star, the third single to be released from Rebel in the South. "'Nashville' will probably be my biggest hit ever."

"I think we went to the next level and people are going to feel the same way. We're trying to make sure verything we put out is badass." Creed Fisher's Rebel in the South pre-orders launch April 8th and the album is set to release June 24th, follow by touring and another album release planned for later this year. Never one to stay motionless, Fisher is already working on follow up albums of new material, reboots of older material and even a kids record. Yes, you heard that right!