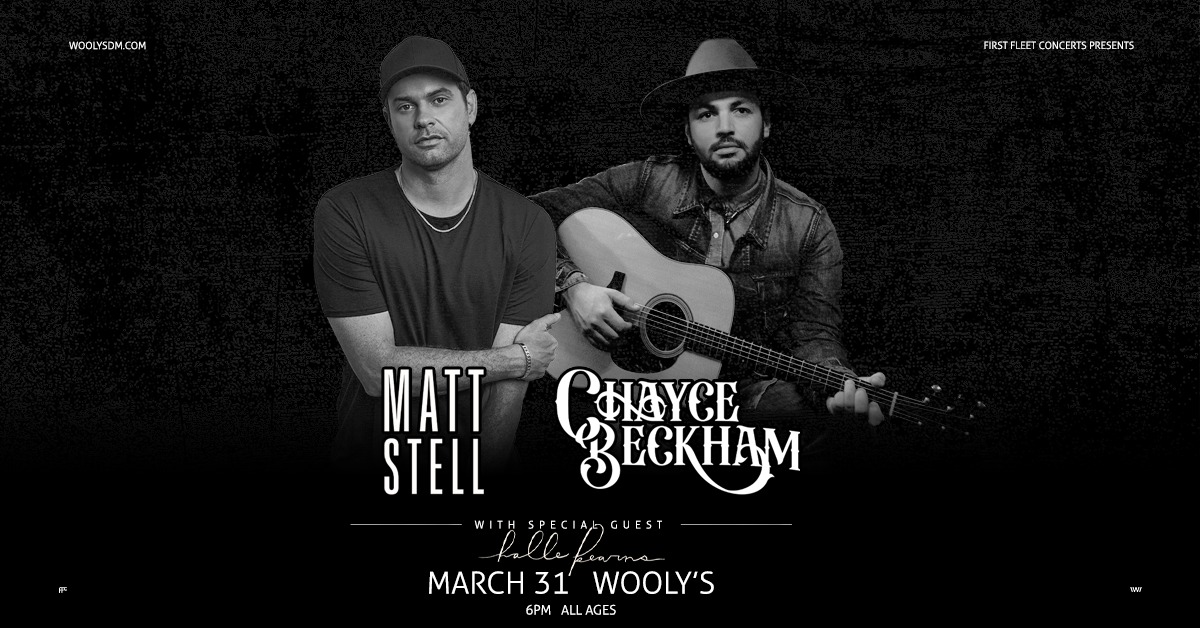 THE COUNTRY MUSIC INDUSTRY HAS LONG BEEN FILLED WITH ITS SHARE OF CHARACTERS. FROM WILLIE TO HANK AND DOLLY TO WAYLON, EVERY LEGEND STARTS OUT AS JUST ANOTHER ARTIST THAT DOESN’T FIT EASILY INTO SOME PREDETERMINED BOX. AND AS HARD AS COUNTRY MUSIC MAY TRY TO FIT MATT STELL INTO ONE OF THOSE TRIED AND TRUE BOXES, IT’S DARN NEAR IMPOSSIBLE.
Heck, he’s 6’7.
But more so than the massive physique that helped Stell become a collegiate basketball standout, the Platinum certified singer has proven via the songs he sings and the shows he puts on that he is far too powerful of an artist to ever fit into some sort of singular category. In fact, to describe Stell in a few words would be a complete disservice to the man he is and the artist he looks to become as he releases his new EP Better Than That on October 16.
“If you cut a groove too deep, it’s hard to get out of it,” he remarks with a chuckle. “I’ve never wanted to be some one-dimensional artist, and with this new EP, I think I’m determined to show that there is much more to me than just a guy who can sing a love song.”
Indeed, the Arkansas native comes from a long line of self proclaimed badasses. He can spin a romantic verse as easy as he can rock out an anthem. He can overanalyze a word as easily as he can let the melody ride a lyrical wave. And yes, he gets as much enjoyment out of discovering a hook in the writing room as he does hooking a fish.
“When you step out into that river and the salmon are still swimming upstream like they have for thousands of years, it’s a real cathartic, therapeutic thing for me,” he says of a recent fishing trip to Alaska. “It’s a great reset.”
In everything he does, it’s evident that Stell is reflective and adventurous and funny and pretty damn smart. And if he’s being totally honest with himself, he’s never been one to love a love song.
Yep, you heard that right.
Granted, it was in fact a love song that catapulted Stell to country music success in 2019 via his massive hit “Prayed for You,” a life-changer of a song that spent two weeks at the number one spot. As the only debut single to top Billboard’s Country Airplay chart in 2019, and one of NSAI’s “10 Songs We Wish We’d Written,” the hit has gone on to rack up some impressive stats with over 270 million streams, his first RIAA Platinum certification and more than 20 million views of its official music video to date.
But there’s a catch.
“If the only thing you’ve heard is ‘Prayed for You,’ you would have a different idea of who I really am,” Stell explains. “Knowing that you are making music that means something to people is the ultimate compliment, but there is so much more to me.”
A few more of the many facets of Stell are currently on display via his current top 10 and rising single “Everywhere But On,” a song that Stell calls ‘autobiographical’ in the way that it tells the story of a man trying to escape the memories of a long lost love.
“Having two songs on the radio is an incredible thing, but what’s even more incredible is finding your own voice and your own identity,” he says.
Stell showcased a whole bunch of identities in another Better Than That EP standout - “If I Was a Bar.” At a time when some of his fellow artists were perfectly content in simply sitting down with their guitar and playing their songs during the pandemic that Stell lovingly refers to as a ‘damn biological hurricane,’ Stell and his rather relentless work ethic turned out a music video that had him playing thirteen different roles in the span of a 3-plus minute song.
“I threw every stitch of clothing I have ever owned into my truck for that video shoot,” laughs Stell of the somewhat restrictive project. “Sometimes creativity benefits from constraints.”
Yet, there were few constraints on Stell’s songwriting during the creation of the new Better Than That EP, which was co-produced by Stell alongside Ash Bowers. Via songs co-written by Stell such as “I Love You Too,” “Chase It Down” and the title track “Better Than That,” the listener can still hear Stell’s distinctive way of wrapping a lyric around a memory and the twist he can put on a phrase.
“Songwriting is a craft that can get better the more time you put into it,” remarks Stell, as he laments to himself about how much he hates clichés.
But for the first time in his still evolving career, Stell relied on outside writers on three of the eight tracks of the Better Than That EP in an effort to fill in the blanks of the overall project.
One of those cuts is “Sadie,” a melodic brain-buster of a song that offers ‘a sparse lyric but one in which every word means something.’ Another outside cut is “Look At Me Now,” perhaps one of the most earth-shattering love songs in recent memory. Yes, the guy who says love songs aren’t his thing just might make history with yet another love song.
But before Stell looks too far into the future, he finds his soul planted deeply in the present. He is praying for the day he can plug his amp back in and jump on the bus with his band and play these new songs for a live crowd.
This new chapter in his journey leaves Stell with a whole bunch more ammunition in the writing room and a unique vantage point to view the characters in his songs…and the character he might ultimately turn out to be.