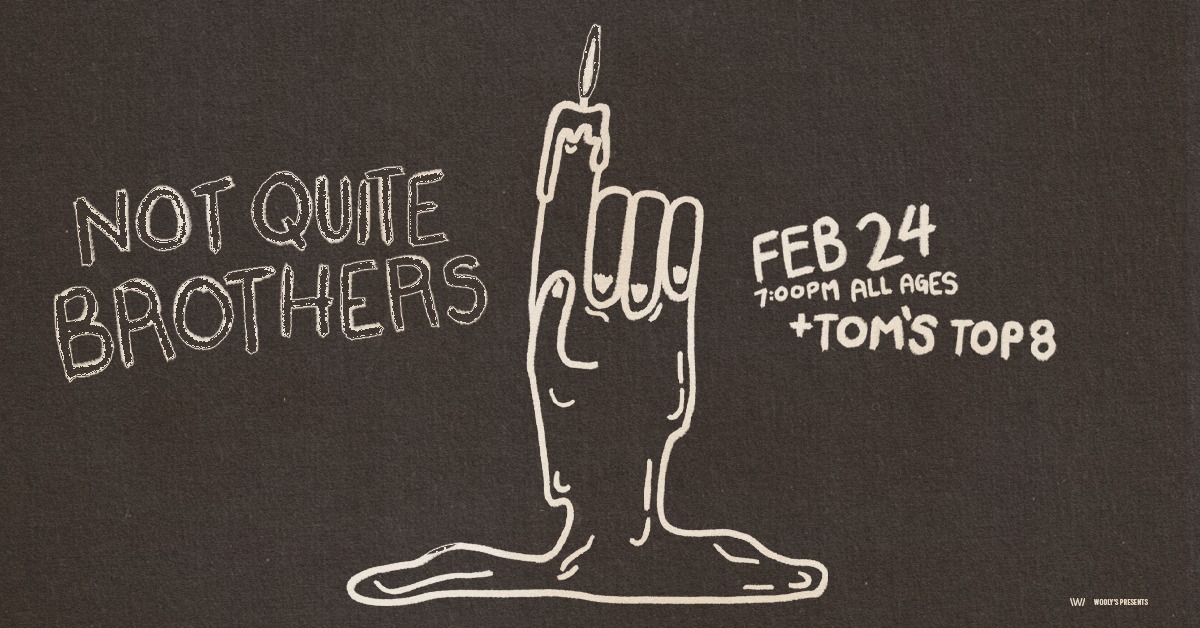 Not Quite Brothers is Central Iowa's fastest growing cover band. Formed in 2018, the band quickly became known for their huge sound, eclectic setlist and ability to enhance any party. Fans of all ages agree... "it feels like I am watching the band they are covering in their heyday" and "It's so cool to see a younger generation playing my favorite songs on stage instead of overweight boomers in cargo shorts."

Sam Johnson (vocals) and Isaac Johnson (guitar) are twins and although Cooper Corcoran (guitar), Ben Schmelzer (drums) and Blake Marsh (bass) are of no relation to each other, these five fellas are as tight as brothers… but not quite.