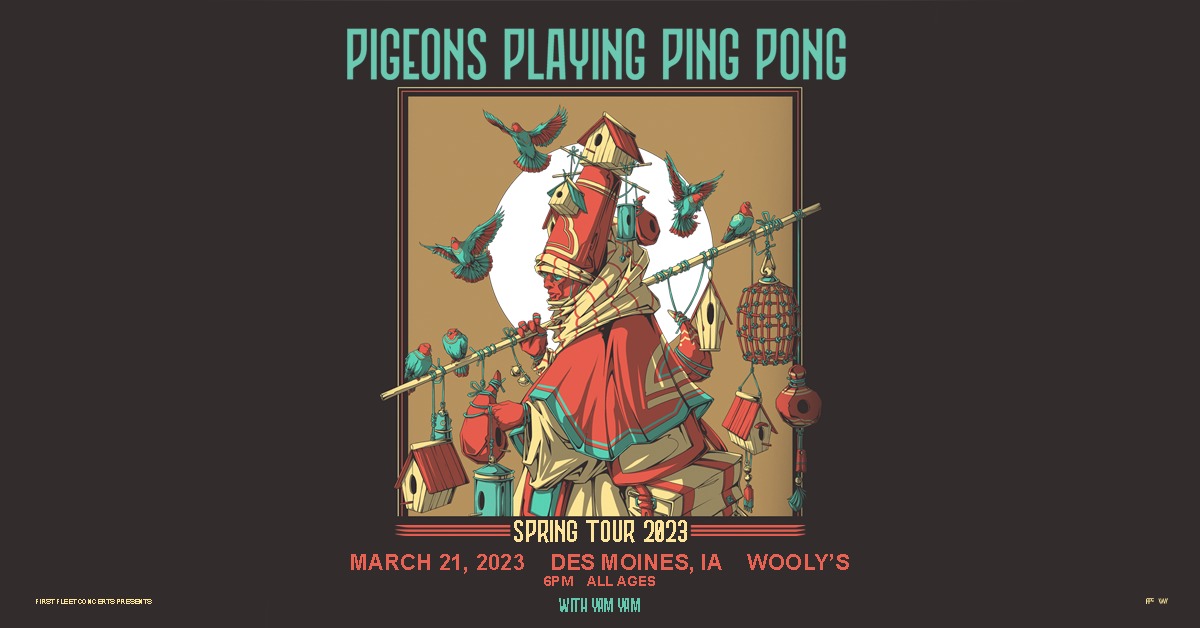 Hailed as “musical explorers” by Rolling Stone, Pigeons Playing Ping Pong—singer/guitarist “Scrambled Greg” Ormont, guitarist Jeremy Schon, bassist Ben Carrey, and drummer Alex “Gator” Petropulos—first took flight in 2007 at the University of Maryland, and has since gone on to play more than a thousand shows across the continental United States. Driven by a relentless work ethic and an ecstatic sound, the fun-loving four-piece built their reputation on epic, blissed-out concerts blending addictive funk grooves with psychedelic jams and intoxicating energy. Described by Glide as “a band that melts faces and pulls no punches," PPPP has also been praised by Relix as “joyous” and “dance-worthy,” while Jambase simply calls them a “powerhouse.” Acting as their own independent label, the quartet has released five studio albums prior to their upcoming record, ‘Perspective,’ a buoyant psychedelic funk odyssey propelled by sonic fireworks and chantable hooks, released on April 8, 2022.

“We hope you listen to ‘Perspective’ and are reminded that life is fleeting yet amazing,” said Ormont. “Remember the good times, be excited about the future, but most of all, dance your heart out every step of the way.”

Through their wildly enthusiastic live shows, the band has morphed into a cult-like phenomenon beloved by their rabid and ever-expanding fanbase, affectionately known as “The Flock.”