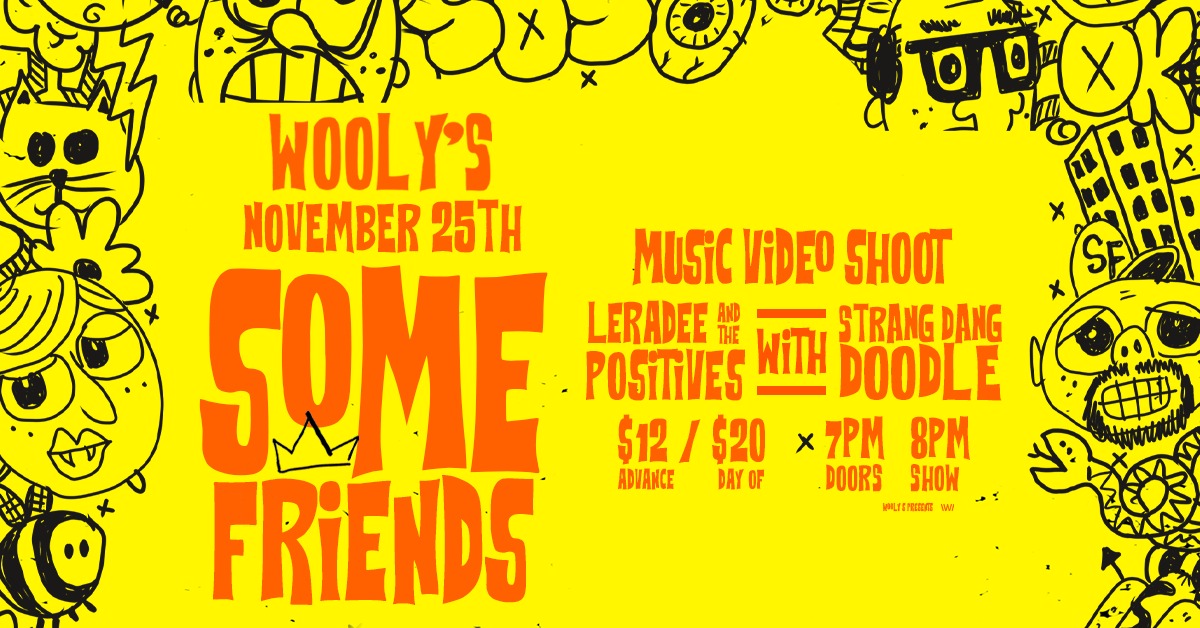 Some Friends is a reggae rock band from Des Moines, IA consisting of Geoffrey “Jr” Safford on
vox and guitar, Evan Cokeley on drums, Dave Montgomery on guitar, Arnie Dewitt on bass and
Kyle Gowin on Sax. Being heavily influenced by Sublime and Bradley Nowell, we strive to keep
his legacy alive in the songs we write and music we play. Being authentic to ourselves and our
fans is at the forefront of our musical journey, in the wise words of Ziggy Marley “You’ve got to
be true to yourself.”

Established in 2015, we’ve had the opportunity to open for artists such as Shaggy, Afroman,
Matisyahu, Josh Heinrichs, Skillinjah, Jon Wayne and The Pain, Aaron Kamm, 77 Jefferson,
etc..... We’ve also sold out every venue in Des Moines, IA.

While this band formed in 2015, every musician in this band is a seasoned professional with at
least 20 years of experience per player. Music is in our blood.

We released a full album, No Coast, in 2019, with stand out single "Steeple", "Speed It Up” and
“Upside Down”. Followed by the release of “Bird Reynold” featuring “We Own The Night” and
“The Bird” which combined has had over 30,000 plays on Spotify. Most recently we recorded
with Miles Brown (77 Jefferson, Jah Roots, Josh Heinrichs) and look forward to this being our
most accomplished recording to date.
Come out and hang out with Some Friends at their next show!

Concert tickets? 🤔 Yes please! 🙌 🎫 firstfleetconcerts.com
Just Announced! Get ready for a country takeover with Creed Fisher at Wildwood in Iowa City, Iowa on Friday, March 17th! 🤩 Tickets on sale now.
On Friday, March 3rd you could be in the crowd for White Reaper and special guests Militarie Gun & Mamalarky at The Waiting Room Lounge in Omaha, NE! 👀 Get your tickets today! 🎫 firstfleetconcerts.com
On sale now 👉 Niko Moon!
Are you ready?! 👀 It's almost time for Steve Vai to take over Hoyt Sherman Place tonight in Des Moines, Iowa! 🌟 Doors: 7:00 PM // Show: 8:00 PM // All Ages
Just Announced! Niko Moon will bring his Ain't No Better Place Tour to Hoyt Sherman Place in Des Moines, Iowa on Saturday, March 25th with special guest Dylan Schneider! ☀️ Tickets on sale Tuesday, November 22nd at 10:00 AM on our website! Get your tickets extra early using the code NMDESMOINES today from 12:00 PM to 10:00 PM.
Tonight in Des Moines, Iowa, Daniel Nunnelee and Noah Pope will be at xBk!! ✨ Don’t miss your chance to grab tickets!! Doors: 6:00 PM // Show: 7:00 PM // All Ages
Make your Friday better with concert tickets! 🥳
Tonight! Don't miss Granger Smith featuring Earl Dibbles Jr. 🔥 He will be joined by Chris Colston and Joe Stamm Band at Val Air Ballroom in West Des Moines, Iowa! Remember to grab your tickets! 👇 Doors: 6:00 PM // Show: 7:00 PM // All Ages
Don’t miss out on this one! 👀 We’re giving away a signed tour poster and a pair of tickets to Daniel Nunnelee at xBk in Des Moines, Iowa this Saturday, November 19th! 🎫 To enter: 👉 Follow @firstfleetconcerts & @xbklive 👉 Like this post! 👉 Tag who you’d bring to the show. Winner will be chosen Friday, November 18th! *CONTEST CLOSED*
One week from today Steve Vai will step foot on the Hoyt Sherman Place stage in Des Moines, Iowa on November 22nd! 🤯 Do you have your tickets yet? 🎫 firstfleetconcerts.com
Just Announced! Iowa born country musician Hailey Whitters is on tour with Stephen Wilson Jr. next spring! 🌷 Don't miss their stop at Wildwood Smokehouse & Saloon in Iowa City, Iowa on Thursday, March 30th, 2023! Tickets on sale Friday, November 18th at 10:00 AM.
It's show day at xBk Live! 🎉 Don't miss Charlie Burg and special guest Genevieve Stokes tonight in Des Moines, Iowa! Doors: 7:00 PM // Show: 8:00 PM // All Ages
Who's ready to rock with tonight's lineup?! 🤘 Trinity of Terror Tour is taking over Alliant Energy PowerHouse in Cedar Rapids, Iowa featuring MOTIONLESS IN WHITE, Black Veil Brides & Ice Nine Kills and special guest Atreyu! Make sure you've got your tickets! 🎸 Doors: 5:30 PM // Show: 6:20 PM // All Ages
Our on sales are here! 🥳
Do you have your tickets for Daniel Nunnelee with special guest Noah Pope at xBk on Saturday, November 19th?! 🎵 Don’t miss out as the More Lovely Together Tour rolls through Des Moines, Iowa! 🎫 firstfleetconcerts.com
Need tickets for Trinity of Terror Tour at Alliant Energy PowerHouse in Cedar Rapids, Iowa this Friday?🧟 We've got you covered! For a limited time, get two tickets for the price of one starting now through Thursday, November 11th at 10 PM. Use code SAVIOR See you soon! 👋
Just Announced! Los Angeles based standup comedian Laura Peek is bringing laughter to TeeHee's Comedy Club for TWO nights - Friday, January 6th & Saturday, January 7th, 2023! 🤣 Tickets on sale Friday, November 11th at 10:00 AM.
Get your concert plans in for 2023! 🌟
Next Friday, Charlie Burg will be at xBk and we've got the giveaway package that makes the week long wait infinitely better! 💙 Enter below to win the VIP experience for two & Charlie Burg merch! Entry tasks: 🌻 Like this post 🌻 Follow @firstfleetconcerts - @xbklive - @burgchar 🌻 Comment who you would take with you and include your favorite song off of Burg's latest album 'Infinitely Tall' 🌻 Share this post to your story for an extra entry What's included? ⭐ GA Ticket ⭐ Meet & Greet ⭐ Early Entry ⭐ Merch & Vinyl CONTEST CLOSED ** Contest not affiliated with Instagram.
Did you catch the 2023 Hinterland Music Festival lineup? 👀 🌟 August still may be a ways away BUT you can get festival passes right now! Hinterland Music Festival | August 4th - 6th, 2023 | Avenue of the Saints Amphitheater in St. Charles, Iowa See you there! 👋